I was a huge fan of Star Trek: The Next Generation when I was young. I'd watch it with my mother, watch reruns well into college on TV. I was also a fan of DS9 until they started playing around in the wormhole too much, and Voyager until they killed Kess.

Since Playmates made so many of these things, and since they are currently worth almost nothing in the resale market, I've decided to build a little collection of these three shows. Just the basic versions of everybody, no weird costumes or multiple uniform changes.

This will probably be a collection I build fairly quickly through trades, but I'm sure a few items will remain elusive. 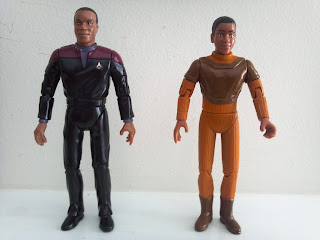 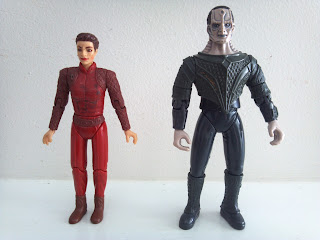 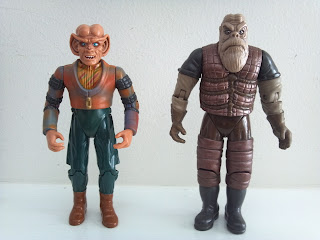 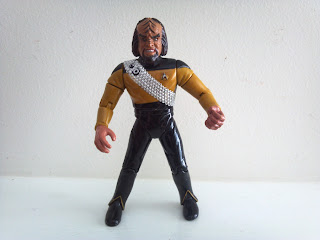 Older Post Home
Subscribe to: Post Comments (Atom)
I love to collect toys. This obviously began as a kid, but now as an adult it's more about the hunt than in actually having them. There's something about going out and unearthing a great deal at a garage sale or flea market, or in finding that one last figure for a set that makes me happy.