CAUTION: Very out of date. Will be updating soon!

I've always been a Godzilla fan of sorts, but only the last couple years have I started to accumulate toys from it. First a couple of the import toys from my favorite film, "Godzilla vs. Megalon", and then last year a bunch of the Trendmasters stuff.

After giving my 4" Trendmasters collection to my future brother-in-law recently I've decided to keep to the classic 6-7" vinyl figures, as made by Bandai and a few others, as well as a few odd bootlegs here and there. There are still several important monsters I don't yet have, and because of cost I can't go crazy with these, but I'm happy to get them when I can.

My collection so far (click on images to enlarge): 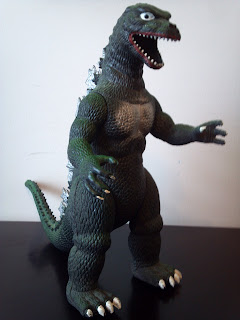 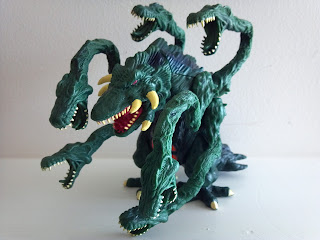 A Trendmasters Biollante figure I recently picked up. It's not quite to scale, a little too small, but it looks cool and it has a button that makes it growl. 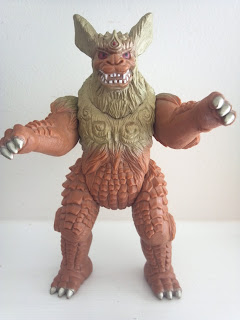 King Caesar, the only mammal Godzilla character, one of the few undeniable "good guys", and pretty much one of the most often forgotten. Fortunately for me he appeared on ebay at a pretty decent price because usually his figure is way beyond my budget. 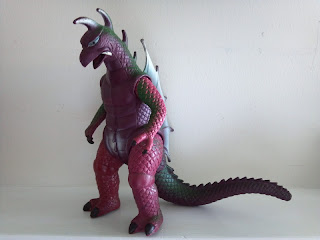 A big, awesome purple bootleg Gigan figure. The complete coolness of the figure can only be understood in person I'm sorry to say. I had no idea how cool it was until it arrived.

Email ThisBlogThis!Share to TwitterShare to FacebookShare to Pinterest
Labels: Godzilla