I spent a lot of time staring at pictures of these online, and finally decided to take the plunge. They're based on old bendy figures from the 60's and I love that they maintain that aesthetic into these new incarnations.

I was surprised when they showed up how small they are. I am somewhat disappointed by their size, but they're still cool and I'm sure I'll be picking up the subsequent waves.

I'll also say that the figures all come in collector friendly blisters that can be opened and closed repeatedly, and that's particularly cool here because the cards are amazingly cool and look like they are straight from that 60's sci-fi mindset.

The pictures don't show all the accessories, and in some cases I removed the space helmets because they obscure the sweet head sculpts. 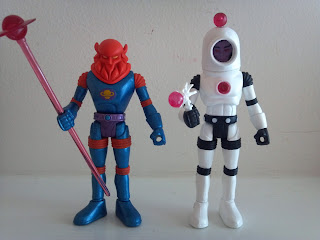 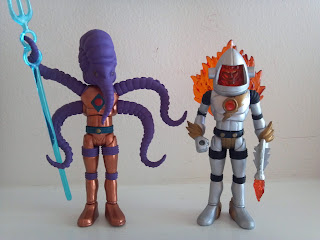 Astro-Nautilus the Man from Neptune, Inferno the Flame Man of Mercury 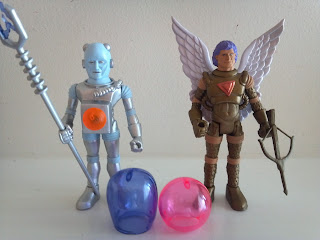 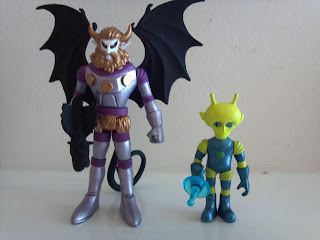